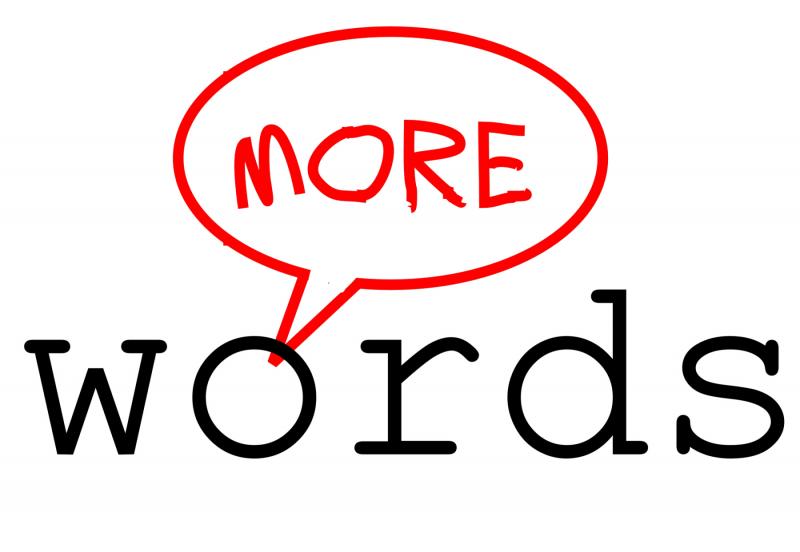 Here further examples of words from comics. Selection is based on my criteria that they sound  comics and for some even more difficult to define reason give me pleasure. Your contributions welcome.

“Something else drives you, Man of the Eagle. Something other than the Curse of the Devourer”
Gordon Rennie. Aquila - Blood of the Iceni. 2000AD . 2012

“Buried beneath the same desert sands that hide the tombs of kings and the bones  of entire armies. She is there, consuming the hearts and souls of the unworthy after they are weighed and judged on her master’s scales.“
Gordon Rennie. Aquila - Blood of the Iceni. 2000AD . 2012

“To distill so specific a form from that chaos of improbability, like turning air into gold . . .that is the crowning unlikelyhood . .  The thermo-dynamic miracle.
Alan Moore. Watchman 1987

The rickety stairs seem to crumble beneath his feet, the smoke and dust obscure his vision, and the searing heat makes his head swim . . . . . .but somehow, someway, Captain America comes through!
Roger Sterne and Frank Miller. Home Fires! Captain America 1986.

Challenge Mountain . . . Headquarters to the Challengers of the Unknown.
Mark Waid. The Brave and the Bold. The Book of Destiny. Chapter 2 DC 2008

Hela, Mistress of the Damned what do I have to do to be released from your bond? So I can return to earth. Get back to my life . .  to my love . . .
Jeph Loeb. New Ultimates. Thor Reborn . Marvel 2011

Like each new atrocity is the echo of a pistol fired long ago . . . . In the depths of a dry well.
Darwyn Cooke. Batman. Ego and other Tales. DC 2007

The evil Leader has sent ol’ green skin to his home planet of the Watcher, by means  of thought pattern projection! Purpose? To bring back the Watcher’s greatest scientific treasure! But, another creature from another world has the same objective, and so the Incredible Hulk finds himself battling the most powerful fighter in the known galaxy . . . !
Stan Lee. The Incredible Hulk. The Wisdom of the Watcher. Marvel 1964

They say you’re able to conduct the powers of the anti-life equation through your instruments. That you are a muse to the New Gods.
I say . . . Blasphemy, You’re nothing more than a musical band with nowhere to play.
Geoff Johns. Final crisis - Rogues Revenge. DC 2002

“I just wanted to drop in and tell you again that if the rent for this space isn’t paid by Saturday morning you and your son will have to get off this page. There is another party that wants it and I’ve promised it to them if you don’t pay up”
Sidney Smith. Old Doc Yac 1917

Yarva Demonicus Etrigan
Change,change the form of man.
Free the prince forever damned.
Free the might from fleshy mire.
Boil the blood in the heart of man.
Rise the Demon Etrigan.
Kevin Vanhook. Superman and Batman Vs Vampires and Werewolves. DC 2008

Take the enchanted weapon and I will set you free of your eternal damnation.
Take your kingdom and leave me mine.
Brian Michael Bendis Avengers Prime. Marvel 2011